Pink Floyd t-shirts with the signature prism symbol, bricks, or pig printed on them have become a must-have classic.

Powerful visuals such as eye-catching artwork on the cover highlight Pink Floyd’s philosophical approach to life and music but also make a recognizable merch.

What’s special about this band?

Pink Floyd, or as fans (AKA Crazy Diamonds) will tell you—the greatest band that has ever existed, has been uniting human beings since 1965.

They pack our inner torments in poetic lyrics and translate feelings of isolation and absence into epic symphonies.

Besides reminding us we share these universal human experiences with others, Pink Floyd is known for their major contribution to rock music.

Their best albums are based on concepts explained with masterful storytelling and written to be listened to from beginning to the end—all in one sitting.

If we break down artwork and back history of the most iconic albums featured on tees, the story of Pink Floyd and their impact on fans starts to unfold.

What do Pink Floyd’s must-have t-shirts tell about the band and its music, and what’s the meaning of artwork featured on the albums?

Dark Side of the Moon (Prism) T-Shirt

Nothing says Pink Floyd t-shirt as the one featuring refraction of light in prism—inspired by the artwork for Pink Floyd’s album Dark Side of the Moon (1973).

Nowadays, it’s one of the most recognizable album covers of all time. It’s on posters and patches sewn on bags, as well as most Pink Floyd tees in mainstream clothing stores.

What Does Prism Symbolize?

For some, the prism represents psychedelic and alternative culture as a whole. Alternative explanations claim the triangle is life, and the rainbow stands for various parts of your being.

Others argue it stands for the unity within society that gets dispersed in the prism and leaves individuals alienated from others.

There isn’t a straightforward answer since the band left that open to interpretation. But one pattern emerges—the prism represents people in one way or another.

The Album Dark Side of the Moon

Even though Dark Side of the Moon isn’t their debut album, it’s significant because it’s responsible for their big break and success that followed and made the band legendary.

The classic lineup who made the album consisted of Roger Waters, Richard Wright, David Gilmour, and Nick Mason. They rocked on all Floyd’s most successful albums.

Within the lyrics, Waters dives deep into the topics such as mental health, greed, and time.

Hauntingly beautiful music and vocals compliment the lyrics, making every song a masterpiece.

Wish You Were Here T-Shirt

True Pink Floyd fans have at least one Wish You Were Here album-inspired t-shirt in their arsenal.

The one with the burning man in the suit sharing hands features the cover of the album.

The idea for the photograph has been that people hide their emotions out of fear they might get burned.

This phrase is common in the music industry for artists who get burned—don’t get paid for their work.

The Album Wish You Were Here

Pink Floyd’s second concept album, written by Waters, Wish You Were Here (1975), is a critique of the music industry that he regards as greedy and money-grabbing.

Absence, alienation, and feelings of betrayal are the universal themes many people connect to when listening to the album.

Themes are also inspired by the band’s personal and professional lives.

The song Shine on You Crazy Diamond is dedicated to the band’s connection to former band member Syd Barrett who quit because of mental health issues.

The cover for the album Animals, released in 1977, features a pig floating in the air above the stadium.

During the photo shooting of the cover, the pig broke free, putting the saying when pigs might fly to the test.

Similar inflatable pigs have had cameos in many of their concerts.

What Does the Pig Symbolize?

Pigs represent those on the top of the social ladder who exploit their position and make decisions based on their own interests.

The pig motif is on-brand, with the band known for commenting on social injustice and systems. It also highlights the omnipresent theme of greed in their work.

It’s inspired by George Orwell’s Animal Farm—a novel that critiques government through animal characters. The main villains in the fable are pigs.

Tour for the Animal Album

Following the release of the Animal album, the band embarked on the tour Waters would later refer to as “one of the worst experiences in his life.”

Disputes between the bandmates, technical problems, and agitation culminated into Roger Waters spitting on the fan on their last night of the tour.

While you may not find quality live recordings of the 1977 Animal concert, Roger Waters performed the song Pig from the Animals album in 2017.

The performance features strong visuals iconic for Pink Floyd, with which they raised the bar for live performances.

It’s toned down compared to large screens, pyrotechnics, inflatable pigs, and disco wheels they used in 1977.

Bricks or red hammers are often on Pink Floyd merch—hinting at the concepts and cover for the album The Wall.

The artwork for the album is minimalist but still recognizable. It embodies the lyrics from the song Another Brick in the Wall—“All in all, you were all just bricks in the wall.”

Societal rules more than often restrict individuals with a cookie-cutter approach to forming people—creating walls and numb, isolated individuals in the process.

One example is school as portrayed in the music video for the song Another Brick in the Wall:

Released in 1979, concept album The Wall got mixed reviews at first. Nowadays, it’s considered to be one of the greatest, and it’s one of the best-selling albums of all time.

It’s the last album made by the classic lineup, and it’s also considered their last great album. Disputes between band members led to the band splitting.

The album is personal to Waters, whose loneliness and isolation as a rock singer as well as dealing with the death of his father inspired the work.

Pink Floyd aren’t afraid to poke holes in systems that don’t work even though they should have our best interest in mind—be it government or school. This album is no exception.

Popularity of Pink Floyd t-shirts and merch shows their legacy endured the test of time.

Their music still echoes today, and t-shirts are one way to share the connection you feel with music to further connect with others who feel the same.

Which t-shirts should you add to your collection to show your love and dedication to Pink Floyd?

Shine on with one of our officially licensed and handpicked Pink Floyd t-shirts from our shop. 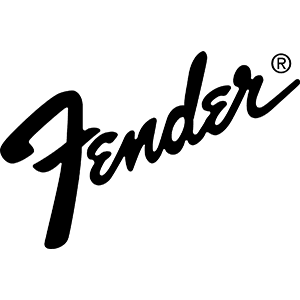