Do you want to get a loved one a knockout birthday gift?

You can never go wrong with classic rock t-shirts. In fact, we think there’s nothing better.

Here’s why. Music is an important part of daily life. We attach significant memories and emotions to certain songs.

Over time, part of our identity is rooted in certain genres which also influences our choice of attire. Wearing a rock t-shirt becomes a not-so-secret handshake between fans of that band or artist.

Plus, the typography, logo, and artwork on a t-shirt are usually awesome.

If you need to find the perfect gift for a diehard classic rock fan, here’s a list of must-have rock tees.

Welcome to the era of vintage rock with bands such as KISS, Journey, Foreigner, and Styx.

A crazy highlight of their concerts was the pyrotechnics. Fans who had the chance to attend could tell you all about the firebombs and how the heat could be felt hundreds of feet away!

A memento of concert t-shirts from this era? Yes, please!

Because concert and vintage tees are extra special, they need exceptional care. It all depends on the t-shirt you choose. Some are made of pre-shrunk cotton and some aren’t.

To give your t-shirt the best care, be sure to read the care tags it comes with and follow the instructions.

Here are our filters by size and category:

Does the rock lover in your life like one too many rock bands (which is impossible)? Or are you uncertain about the perfect t-shirt to get them? We can make the process easier. Give them a gift card and let them decide!

Let’s look at some vintage bands and artists they will surely appreciate. First on our list is…

Believed to be ahead of his time, Hendrix’s skill with the guitar is one that many artists have imitated over the years. He is one of the artists to influence today’s hip hop music and rapper future.

Whereas their skill with the guitar is undeniable, Hendrix will always be remembered for his drastic stylistic changes and creativity that outlives him.

He has been immortalized in lots of vintage merch and here’s one of our favorite tees:

When Dylan first emerged he was undoubtedly an acquired taste for many. A folklore singer turned rock artiste in the 1960s with an undeniable talent for lyrical mastery.

He was hailed as the Shakespeare of his generation and with good reason. His rock and roll lyrics were mostly concerned with romantic innuendo, fused with the intellectualism of classic poetry and literature.

It gained him a massive following and set a high bar for lyric writing. Did you know he was awarded a Nobel prize for literature in 2016?

We love all he stood for, and love him even more on this vintage rock tee:

There’s good music, and then there’s revolutionary music. It’s no wonder Bowie’s influence can still be felt to date.

From album to album, Bowie shifted guises which kept fans and critics guessing about his next move. He was the king of theatricality and showmanship when it came to rock music, so it’s no surprise that fans still love his merch.

Who can blame them?

Look at this t-shirt of one of Bowie’s most iconic alter egos, Aladdin Sane from his 1972 concept album, “The Rise and Fall of Ziggy Stardust and the Spiders From Mars.” It’s a must-have tee for every Bowie fan.

Here’s why we are absolutely smitten with the rock music industry –past and present – and that will never change. The genius fusion of different genres by artists and bands is a gift to fans with numerous tastes.

The Grateful Dead did this beautifully with their electric style of music that fused elements of:

It makes sense that their logo and artwork are completely trippy and alluring on this band tee. Check it out:

As pioneers of two major music movements — blues-based progressive rock and psychedelic space rock — the band was well known for their emotional, social and political commentary.

Their best-selling 1973’s Dark Side Of The Moon and 1979’s The Wall albums put them on the map for resonating with their fans on topics of personal torment.

The Pink Floyd prism graphic has also gained worldwide renown and is more recognizable than their actual logo.

With good reason, too. It’s simple, yet enduring, and looks awesome on a vintage t-shirt.

Who’s never heard Highway to Hell? It’s one song that you unwittingly find yourself jamming to whenever it comes on. Once that electric guitar strums, you immediately know which song is playing.

Unsurprisingly, this song became a commercial breakthrough for the band in 1979 and brought them international fame. The vintage rock t-shirt below is one of our top picks.

It pays homage to the lead singer Bon Scott who was an avid entertainer and absolute showman. One of our favorite songs is proof of how electrifying he was on stage. Take a look:

Are You Ready to Choose a T-shirt?

It’s been used to propel political and social change aside from being catchy and fun. This is why we still feel the impact of vintage rock artists to date.

As such, finding the perfect merch such as:

shouldn’t be done lightly. For the rock lover in your life, find out their favorite bands or artists and let us help you with the rest.

We’ve got a wide selection of hard-to-find classic rock tees that are officially licensed from around the world.

Be sure to browse through our collection of concert t-shirts. This is because these t-shirts feature original concert dates and cities which makes them extra special.

Best of all, we cater to every age range and gender with our shirts. Whether the gift is for a newborn or a fresh college graduate, our inventory doesn’t disappoint. 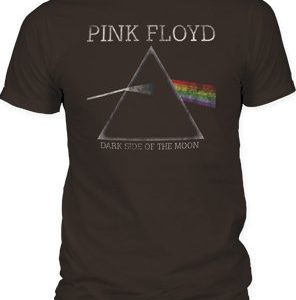